Getting stopped for drunk driving in Alabama is very serious. A DUI arrest and conviction can result in very harsh consequences, which may include heavy fines, loss of driving privileges, and even jail time. That said, what you do at the time you are pulled over and after your arrest will have a major impact on how your case will go.

One of the most common questions people ask about DUIs is whether or not they should refuse a breathalyzer test after being stopped. There are actually two different breath tests that could be given; the first would be a preliminary breath test (PBT) at the time you are pulled over, and the second would be the chemical (breath, blood, or urine) test that would be administered usually at the police station after you have been arrested for DUI.

Should I Refuse the Chemical Test after Being Arrested for DUI?

First, let’s deal with the breathalyzer test that you would be given at the police station after your DUI arrest. Under Alabama’s “implied consent” laws, anyone who operates a vehicle within the state is deemed to have consented to a breath, blood, or urine test if they have been arrested on suspicion of DUI. The chemical test results are used to determine if it is safe for the person to continue driving, and as scientific evidence of intoxication in a DUI trial.

You have the right to refuse the chemical test after your DUI arrest, but there are consequences if you do. Drivers who refuse a lawful request to take a breathalyzer test at the police station are subject to an automatic 90-day driver’s license suspension if this is your first offense, and a one-year suspension if this is your second or subsequent offense. This is an administrative suspension that is separate from the criminal proceeding you will be involved in, and it can be imposed even if your DUI charge is ultimately dismissed.

In general, it is best not to refuse the chemical test after being arrested for DUI in Alabama. But if you have already done so, you may still have some options.

First of all, not having scientific test results will weaken the case against you, which could clearly be to your benefit. Secondly, an experienced DUI defense lawyer may be able to get your driver’s license suspension stayed while your DUI case is pending. But in order to do so, you must act quickly, because you only have 10 days from the date of your DUI arrest to appeal your pending administrative suspension.

Should I Refuse the Preliminary Breath Test when I’m Pulled Over for DUI?

The preliminary breathalyzer test that you are asked to take after you are pulled over on the side of the road is not subject to implied consent laws. Despite what the officer might say or imply at the time of the stop, you can refuse the field breathalyzer test; and in most cases, it is in the driver’s best interests to do so.

The main purpose of a preliminary breath test is to establish probable cause to arrest you for DUI. However, these devices may not be calibrated properly or there could be other problems with them, and some officers are not adequately trained on how to use them. This means that the results of such a test could be inaccurate.

By refusing the preliminary breath test, the officer may not have probable cause to arrest you for DUI. The same holds true for field sobriety tests such as the one-legged stand, horizontal gaze, and walk and turn test.

These tests also have several inherent flaws; and if you were pulled over, it means the officer already suspects that you are driving drunk. Therefore, there is no reasonable expectation that they will administer these tests fairly.

Without the results of a preliminary breathalyzer test and field sobriety tests, there could be a lack of probable cause for an arrest. This means that anything that happened after the arrest could also be challenged.

The one potential drawback to refusing a preliminary breath test or field sobriety test is that your refusal may be looked at unfavorably by a jury if your case ever gets to trial. Keep in mind, however, that prosecutors in Alabama have very heavy caseloads. And with the help of a skilled and knowledgeable DUI defense attorney, you can usually negotiate a more favorable outcome long before your case gets tried.

If you have been charged for DUI, you are facing some very serious consequences. But being charged for drunk driving is not the same as being convicted, and with so much at stake, it is very important to have strong legal counsel by your side fighting hard to protect your legal rights.

If your DUI arrest occurred in the Birmingham area, the Zach Peagler Law Firm is here to help. Call our office today at (205) 871-9990 or message us online to schedule a discrete and confidential consultation with our experienced attorney. 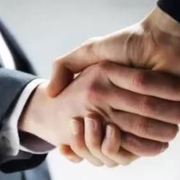 How Will a DUI Affect My Employment?
0 replies

The Impact of Social Media During a Personal Injury Case

Finding Silver Linings from the COVID-19 Outbreak
Scroll to top