You would hope that that person is on your side and the majority of them are but it’s a case-by-cases basis to know whether each individual officer has your best interest at heart. That’s why it’s so important to be as nice and polite and professional with them as you can so that you try to make them understand that you’re very serious about fulfilling your obligations under probation so that there’s no problem. If you set that tone from the beginning, you’re more likely to get a positive response from the probation officer. If you’re late for your first appointment or you miss an appointment or you show up inappropriately dressed or any of those type of things, they’re going to be more likely to put you on their radar screen that might get you in trouble. That’s my opinion. The other thing that the probationers have to remember is most of these probation officers are overworked and underpaid.

The state budget is not good for anything in a legal system and they’ve probably got fewer probation officers than they have 5 years ago and more clients that they have to service. People going in there with an expectation that this probation officer’s going to be extremely friendly and really get to know them and that type of thing, those days are over. That’s going to be much more of a business oriented transactional relationship and so, you’re probably better served and treated just like that, showing up on time, say yes sir, no sir, yes ma’am, no ma’am, do what they ask you do but don’t expect them to be overly friendly to you. Sometimes I have clients that have that expectation. They’ll call me and think that this probation officer is out to get them for one reason or another but in reality; it’s just that they’re just doing their job and they have too many clients to service.

Can an Attorney Petition the Court to End Probation Early?

Yes, the attorney can. A lot of times, judges will leave that open or make a statement about that during a sentencing hearing, that even though you’ve been placed on 3-years supervised probation, if you make good progress and pay off the court’s ordered fines and court costs that you can come back and ask the court that either terminate your probation or switch it to an unsupervised status. A lot of times probably the biggest reason that’s someone’s on supervised probation and the court wants to keep in contact with them is because they may owe restitutions of the victims in the case. They may owe fines and they may owe court costs and the court wants to keep them in close contact if they owe money for those reasons. Often times, the court will say, “You’re going to be on supervised probation until you can pay off these court costs and fines and restitution and then you can come back and ask me to be switched to unsupervised status or have your probation terminated”.

If you do those things, it sends a signal to the court that you’re serious about taking care of your business and you probably have a good chance of getting your probation terminated or switched to unsupervised. Another example would be if the court ordered you to do some kind of drug or alcohol treatment as a condition of your probation or to complete anger management classes or a defensive driving school or anything that has to do with the nature of what you’ve been charged with. You can go do those things and then come back to the court, you can petition to have your probation terminated or switched to unsupervised because you’ve completed what they’ve asked you to do.

What Are the Common Ways that People Unwittingly Violate Probation?

It would be just inadvertently not paying court costs or fines or restitution or missing an appointment with your probation officer. I don’t see how you could really inadvertently be charged with a new crime although that is possible but by and large, those are the three biggest ways that we see when we see a probation violation. You haven’t reported your probation officer; you have failed the drug test or otherwise, become non-compliant with them in that way didn’t show up for a drug test if you were ordered to take a drug test. It’s just something to do with not reporting to your probation officer, the drug test or monthly meeting, not paying a court ordered fines, court costs, restitution or supervision fees. The third way and the most devastating way is that pick up a new criminal charge. Those are by far the three most popular ways of somebody violating their probation.

For more information on Cooperation Of Probation Officers, a free initial consultation is your next best step. Get the information and legal answers you’re seeking by calling (205) 871-9990 today. 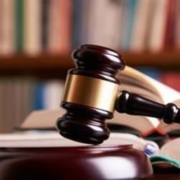 Is Probation After Conviction Or Is It An Alternative Sentencing?
0 replies

What Are Some Things That Insurance Adjusters May Ask After DUI?

Is Probation After Conviction Or Is It An Alternative Sentencing?
Scroll to top