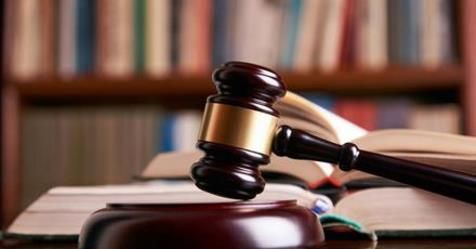 Technically, under the legal definition of probation, it would only be after a conviction or if they had pled guilty to the charge that they would be put on probation. Probation, by definition, is the suspension of a term of incarceration. So a judge will sentence someone to term in a municipal or county or jail or in the department of corrections in a prison and then suspend that sentence and place them on probation for a certain period of time. That’s the definition of probation. The judge only has the power to put someone on probation if they’ve in fact been convicted or pled guilty to a crime.

How Often In Criminal Cases is Probation Ordered By the Court?

It’s becoming more and more frequent. Every day, every month, every year, a lot of that has to do with overcrowding of jails and prisons. It’s a view as society progresses that many crimes don’t have to carry terms of imprisonment to successfully carry out a punishment or rehabilitation.

What Are Examples of Common Offenses that Carry Probation?

Any felony offense that someone pleads guilty to or is convicted of is going to carry a term of probation in most instances. In Alabama, class C felonies have a range of punishment of a year and a day to 10 years in prison. Most judges, if it’s a first time offense, they sentence someone to a year and a day in the state prison but suspend that sentence and place them on probation for 2 years. If at any time during that 2 years’ probation period that person gets in trouble with their probation officer for not reporting or failing to pay supervision fees or picking up a new charge, the original judge has the jurisdiction to revoke their probation and sentence them to that year and a day original sentence.

Many cases in Alabama are starting to have split sentence particularly for repeat offenders. So the judge may sentence someone to 10-years sentence and split it with one year serve in the state penitentiary and then when they come out, the judge would put them on a period of supervised probation as well, somewhere between 3 and 5 years typically. Then that same scenario exists where they’ve got to report, they’ve got to pay their supervision fees, they’ve got to stay out of trouble or that judge can go back, revoke their probation and sentence them to the remainder of that 10-year sentence.

Are There Different Levels of Probation? What Are They?

In Alabama, there’s supervised and unsupervised probation; those are the two categories. They obviously speak for themselves. If you’re on supervised probation, you’re going to be assigned to a probation officer and you’re going to have to report every month to him or her. They’ll check to make sure you haven’t gotten any more trouble, they’ll make sure that you’re paying your fines and court costs and supervision fees, they may drug test you, they may require you to get a job and they’re responsible to reporting to the court that you’re doing what you’re supposed to do. If you’re in a scenario where you’re placed on unsupervised probation, you would not have any sort of reporting officer. Your only real requirement would be to pay the fines and court costs in your case and stay out of trouble.

What Are the Cases that Most Typically Receive Probation?

Most often, the non-violent category is more likely to receive probation. So it means theft, burglary and drug offenses are three pretty broad categories of crimes that don’t typically receive prison sentence if it’s for a first time offender. If you’ve had more than one offense more than one time in front of the court, there’s maybe a likelihood of doing same jail time but really in Alabama, other than violent crimes, most first time offenses are going to have a good shot at getting probation.

For more information on Probation In Alabama, a free initial consultation is your next best step. Get the information and legal answers you’re seeking by calling (205) 871-9990 today. 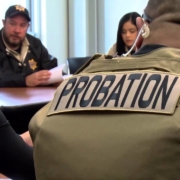 Is The Probation Officer Going To Be On My Side Or Is He Trying To See Me Fail?
0 replies

Is The Probation Officer Going To Be On My Side Or Is He Trying To See Me F...