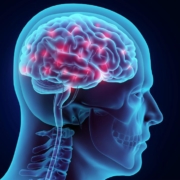 Today’s topic written by Aaron Crane, an experienced personal injury attorney in Phoenix at Cantor Crane, is a discussion about concussions. A concussion is a form of traumatic brain injury caused by a blow to the head, a fall or any other occurrence resulting in jarring or shaking of the brain inside the skull. A […]

Attorney Zach Peagler comments on news item in www.AL.com about a Fultondale man who will serve 20 years in prison after pleading guilty to killing an elderly man by beating him. This seems to be a very favorable plea for this defendant, who was initially facing a capital murder charge.  If he had been convicted […]

Attorney Zach Peagler comments on news item in www.AL.com about an employee at UPS facility, who after killing two of his co-workers killed himself as well. The tragedy at the UPS facility in Birmingham really hit close to home. This article addresses a serious consequence of the shootings, namely the additional fear and anxiety that […]

On August 20, 2012, the City of Chicago, IL was finally able to settle the last of a long list of cases that were brought against one of its own. Former Chicago Police Officer Richard Fiorito had been accused of falsely arresting over 130 individuals for the charge of Driving Under the Influence, over a […]

At Zach Peagler Law Firm, our lawyers represent you with spirit and personal attention. We are dedicated to being responsive to your needs, to always remain accessible to you, and to give you big-firm legal talent on a one-to-one basis. We can handle your legal matter from beginning to end, and we will look into every aspect of your case.